Izakayas — Japanese taverns specializing in bar snacks for sharing — are springing up all over Montreal. The latest on the scene: Biiru, which opened barely a month ago, tucked away on City Councillors Street. 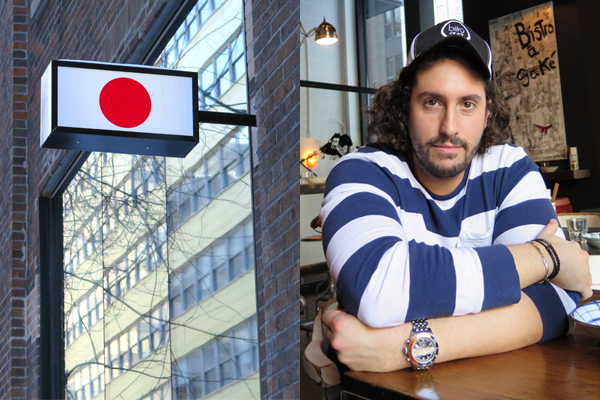 Why did you decide to open an izakaya?

All things Japanese are very popular in North America, but the sushi market is saturated, so other types of restaurant are opening up. The traditional Japanese taverns called izakayas are among them. In Montreal, the trend started about four years ago.

Have you been interested in Japan for a long time?

I went there a year ago and fell in love with the country. I’m going back soon. I used to work in the electronics business, but I’ve always wanted to open a restaurant. When the opportunity came up, I jumped at it! I opened Biiru with Yossi Ohana, the DJ for Sugar Sammy and Buonanotte. 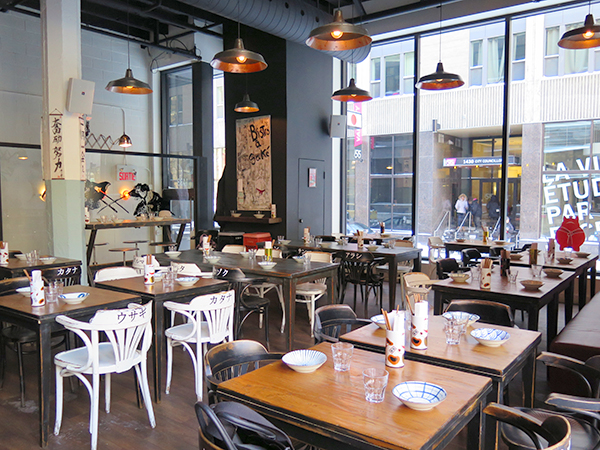 The décor has obvious Japanese inspirations.

Yes. We took our time to think through every detail. My partner gave me carte blanche to handle the décor, another one of my passions. Among other things there are parchments on the wall, cages with origami birds, a daruma Japanese doll, and messages in Japanese on the chairs. 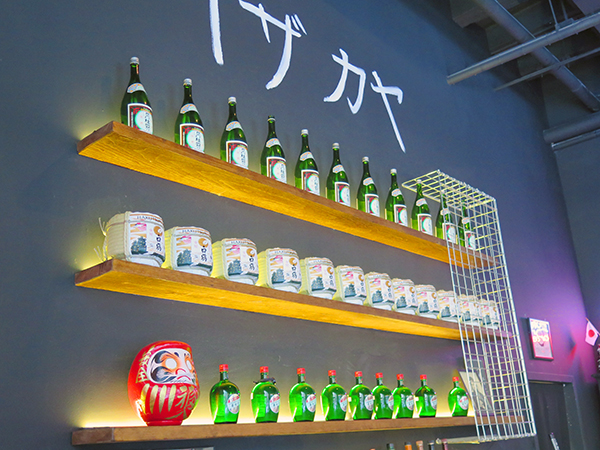 What’s on the menu?

Everything is meant to be shared. We serve Japanese standards that we’ve modernized and adapted for the Montreal market. For example, our soba (buckwheat noodle) salad is served with a kimchi vinaigrette, cranberries, bacon and maple sugar. We also have a japadog: a Japanese-style hot dog with teriyaki sauce, mango purée, fried onions, seaweed and a pork and shrimp sausage. Our ramen has foie gras for a unique flavour. Today’s diner is always looking for a unique touch. 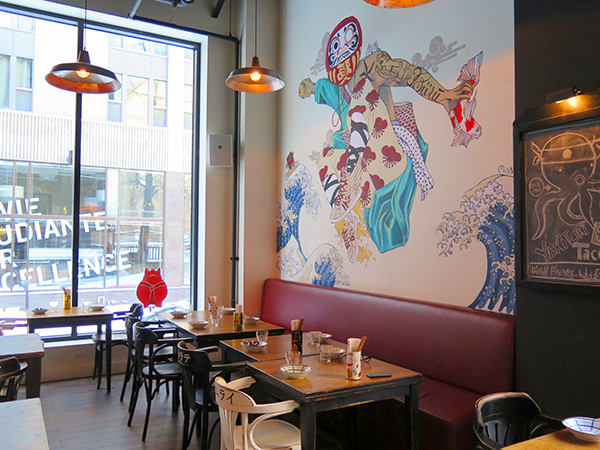 Why did you decide to open in Quartier des Spectacles?

We were strongly influenced by the immediate success of Furco, just a block away from us. In just a year, that bar succeeded in attracting people to this part of the city every day. It has become a centre of gravity and we wanted to be part of it. We opened up in the Quartier to broaden the range of what’s available here. The more good places there are to go, the more people will want to spend time here. We didn’t want to be on Sainte-Catherine. We chose a side street on purpose, and we have a minimalist sign  – a Japanese flag.

We also chose this location because it has a great patio, which other Japanese restaurants in Montreal don’t have. And because there are a lot of businesspeople in the area, we decided to open for weekday lunch, as well the usual evening hours. 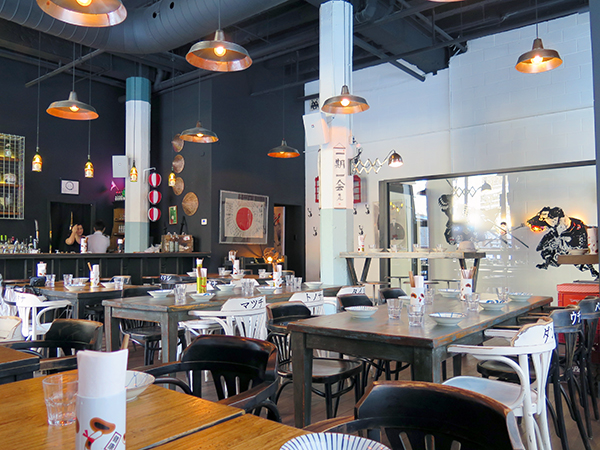 What comes to mind when you think of Quartier des Spectacles?

First of all I think of the Musée d’art contemporain, the Maison symphonique, Place des Festivals and all the cultural events. Quartier des Spectacles has truly become Montreal’s cultural heart. It’s full of energy in the venues and out in the streets.