The Katacombes Cooperative: open to all!

The Katacombes cooperative will never stray far from its punk roots, but its show bar presents a rich and varied line-up. The venue has even made the corner of Saint-Laurent and Ontario a favourite hangout for Montrealers. Behind its black exterior is a warm room managed by a team with a deep sense of community.

We spoke with Janick Langlais, one of the three co-owners of the Katacombes workers’ co-op. 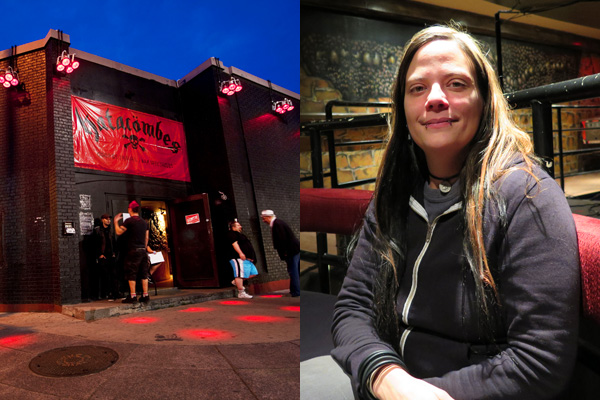 What do you say to people who are reluctant to step inside the Katacombes?

They have a mistaken preconception, an image based largely on outward appearances. When the building was covered in Dominique Pétrin’s work, we noticed a change in people’s assumptions. It’s also true that at first our line-up was heavily punk-oriented, but we’ve branched out a lot in the last few years. We’re trying to dispel people’s prejudices while staying true to ourselves. It might look a little intimidating from the outside, but I always encourage people to come inside. We’re very welcoming! 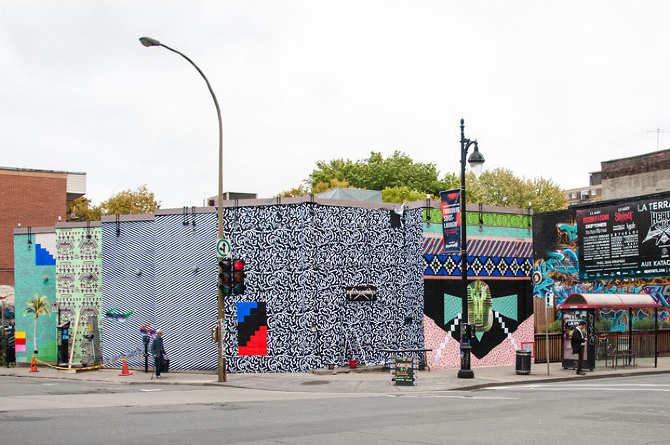 Why did you decide to set up as a workers’ co-op instead of a conventional show bar?

It’s more in tune with our values. The private company isn’t a model that interests us. We want to make decisions as a group. Soon our workers’ co-op status will be changed to solidarity co-op status. The change will allow us to welcome more types of members. Right now, only workers can join, but after the change we will be able to enrol producers and others who want to invest in the co-op. We hope to share the responsibilities.

What kinds of shows are presented at the Katacombes?

Our programming is underground and alternative, but highly diverse. We program punk, metal, gothic, industrial, electronica, folk, rock. There’s also improv every Monday, with Ligue La Jesus. We also have comedy cabarets, fetish and burlesque events, and gay and lesbian nights. We host conferences, galas, public lectures. Plus, one of our walls is reserved for the work of an artist that we want to showcase. Every two months or so, we feature somebody new. 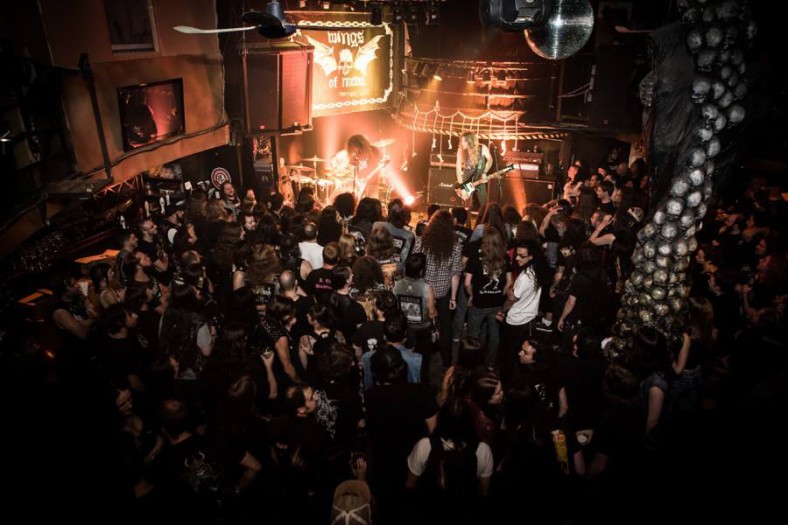 You also work with festivals …

Yes. This year we’ll once again have Zoofest shows, during Just For Laughs. We’ve also just renewed our partnership with the Francofolies. And in November we’ll put on the 8th edition of Varning from Montreal, our own punk festival.

St. Patrick’s Day weekend (March 14 and 15) is a big one, with the 1980s band The Menace. Murphy’s Law, Street Troopers and Les vagabonds will also be on the bill. On April 5, we will hold a fundraiser because our projector died! The Irish punk band Drunken Dogs, as well as Rejets de Satan and Ol Crocodile will play. Then, on April 13, we’ll have a snowboarding event. There will be shows inside and demonstrations in the parking lot. 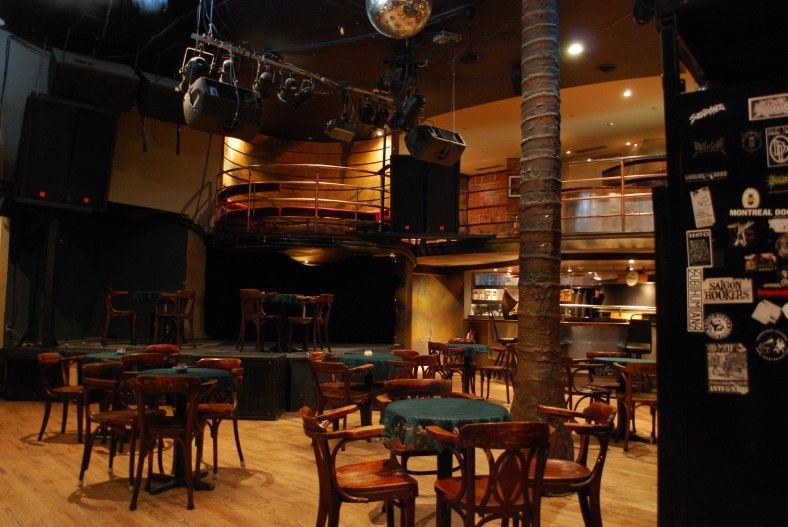 This summer, you’ll have a full-fledged patio for customers…

Yes. After three years in pilot-project mode, we’ve finally received our permit. Having a nice, big, well-appointed patio is sure to boost our image. There will be 80 seats and some greenery. It should open in early May. We’ll serve beer from Quebec microbreweries, like we do inside. We believe it’s very important to support local producers. 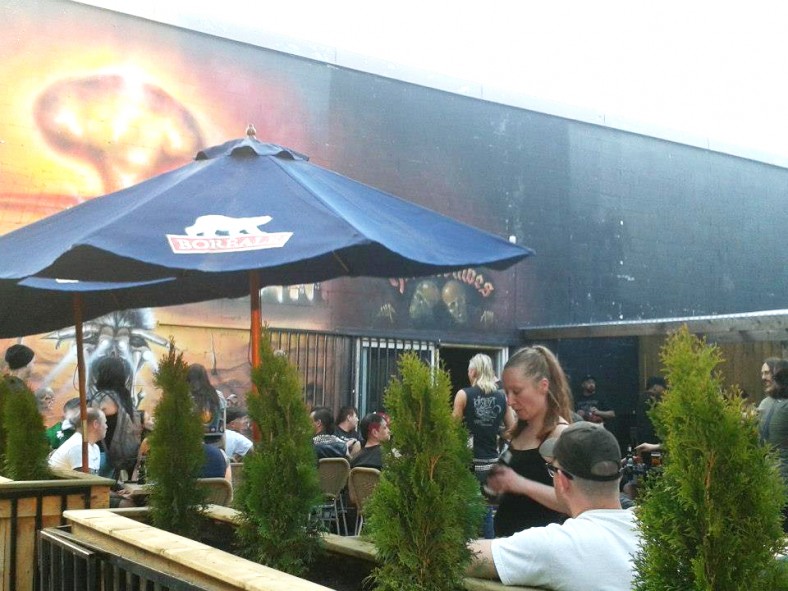 What comes to mind when you think of Quartier des Spectacles?

Culture and diversity. I also think about the street entertainment and international artists in Place des Festivals. Even as the co-owner of a venue, I have an outsider’s perspective on Quartier des Spectacles. Still, I can say we’ll be seeing more and more cooperation between the venues and the Quartier.