THE LUMINOUS PATHWAY: LIGHTING AS A MARKER OF IDENTITY

Illuminating the cultural assets of Quartier des Spectacles by lighting its venues – concert halls, exhibition spaces, theatres – to make them stand out on the street. That’s the fundamental role of the Luminous Pathway, but there’s also a lot more to it.

Mikaël Charpin, the Luminous Pathway manager for the Quartier des Spectacles Partnership, explains in this interview. 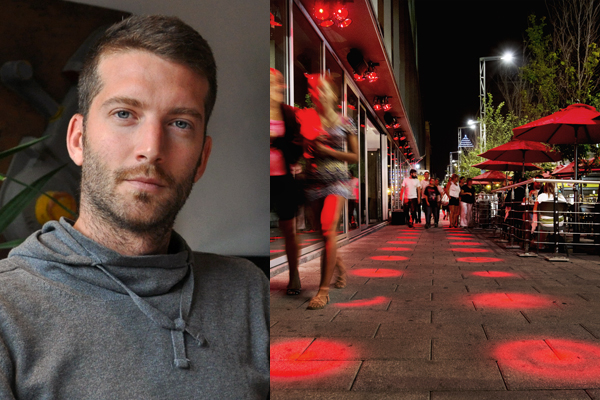 What is the Luminous Pathway in Quartier des Spectacles?

The Pathway comprises three different kinds of projects. First, there is the luminous signature, with which we launched our illumination plan in 2006. This is a double row of red dots projected on the sidewalk outside venues; it is a visual reference to red carpets and to the area’s Red Light District past. Next, there are unique architectural lighting projects that light the distinctive features of each building and, wherever possible, highlight the building’s vocation. For example, the Place des Festivals side of Maison du Festival is decorated with illuminated photographs of jazz greats. Lastly, permanent architectural video projections light up eight building façades in the Quartier. 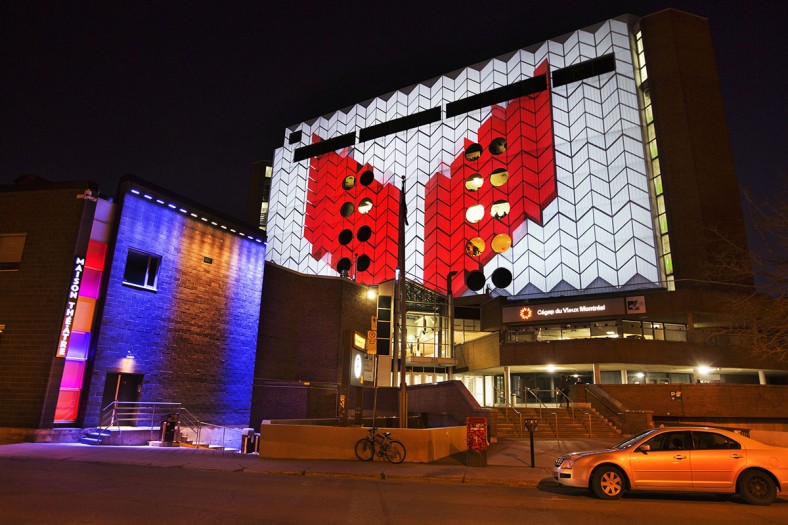 Why was light chosen as the main medium?

It’s a direct reference to the performing arts. Here, light projects from the theatres into public spaces. It provides an identity and a brand image to our destination. To the Pathway’s artistic directors, Ruedi Baur and Jean Beaudoin of Intégral, it seemed to be the best way to highlight the incredible concentration of cultural venues in a one square kilometre area. It is also a medium that can be adjusted to seasons and events, and to the evolution of the Quartier as a whole.

How do the projects take shape?

A committee of experts selects the projects to be produced, either by the Quartier des Spectacles Partnership or the venue to be illuminated. Architectural lighting projects are often “two-headed” – meaning that the Partnership manages them jointly with the building owner. Together, we commission a designer to design and produce the illumination itself. When it comes to video projections, the Partnership selects the sites, installs and operates the equipment and then oversees the process of delivering a series of artistic projections. 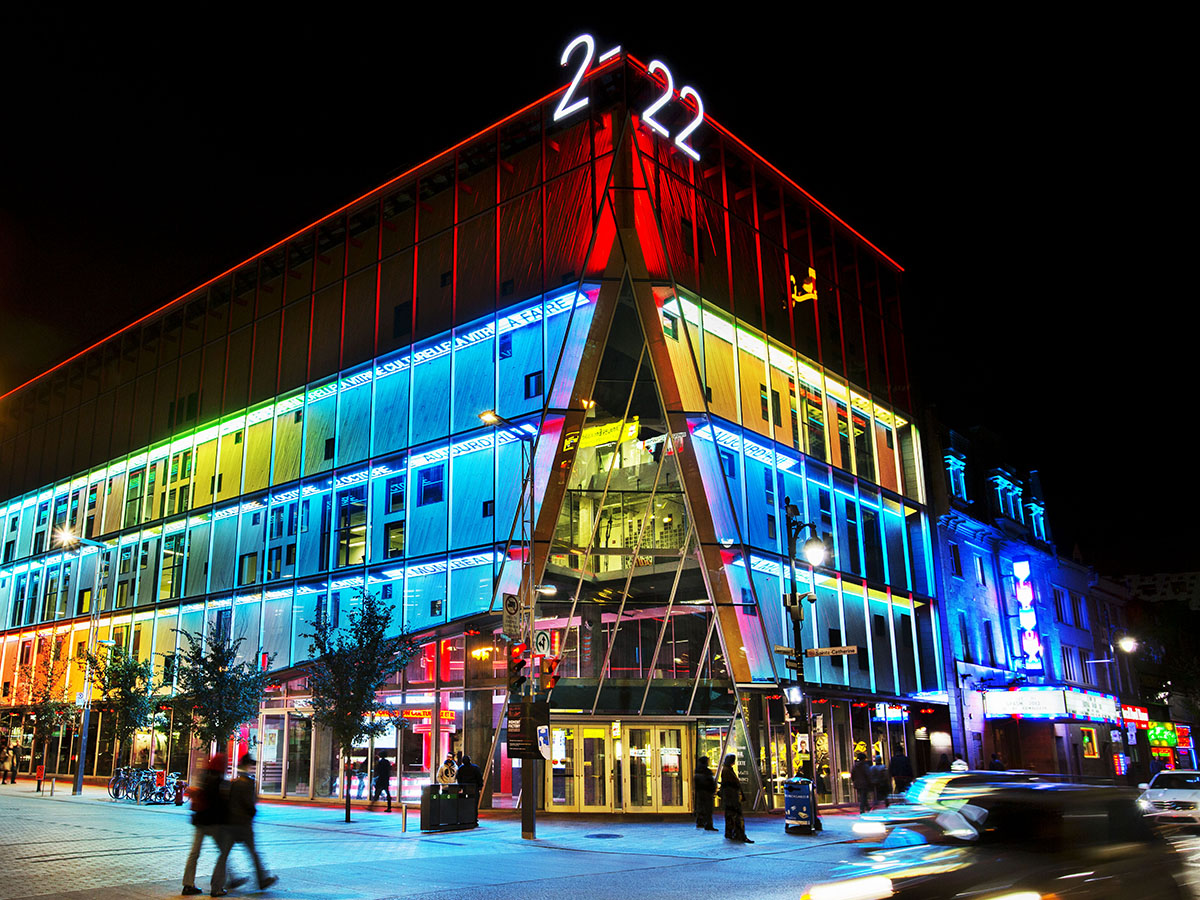 What criteria are involved in the selection of the projects that get produced?

We make sure the projects are balanced throughout the Quartier’s 1 km2 with priority given to areas in need of revitalization. The architectural potential of the façade is also taken into account. For video projections, there are additional considerations like the number of windows and the building’s materials and textures, because the challenge is to unite two distinct realities: the concept developed on the computer and the actual on-the-ground experience.

We also work to meet pre-established technical standards, for example the use of LED technology, minimizing the contribution to light pollution and impacts on residential and commercial spaces.

A number of new creations have enhanced the Luminous Pathway recently. What are they?

The Lightemotion firm has just completed the illumination of the Cinémathèque québécoise, featuring a digital installation by artist Michael Snow.

At Cabaret Underworld, UdoDesign came up with a novel proposal for a vertical marquee.

The 2-22 building, home to La Vitrine and several major players in the visual and media arts, underlines its role as an architectural and cultural flagship with three new levels of luminous walkways and new outdoor lighting, all commissioned by La Vitrine and produced by Moment Factory.

And that’s not all. We’re currently working on illumination for Place Émilie-Gamelin, which we will unveil in the spring. 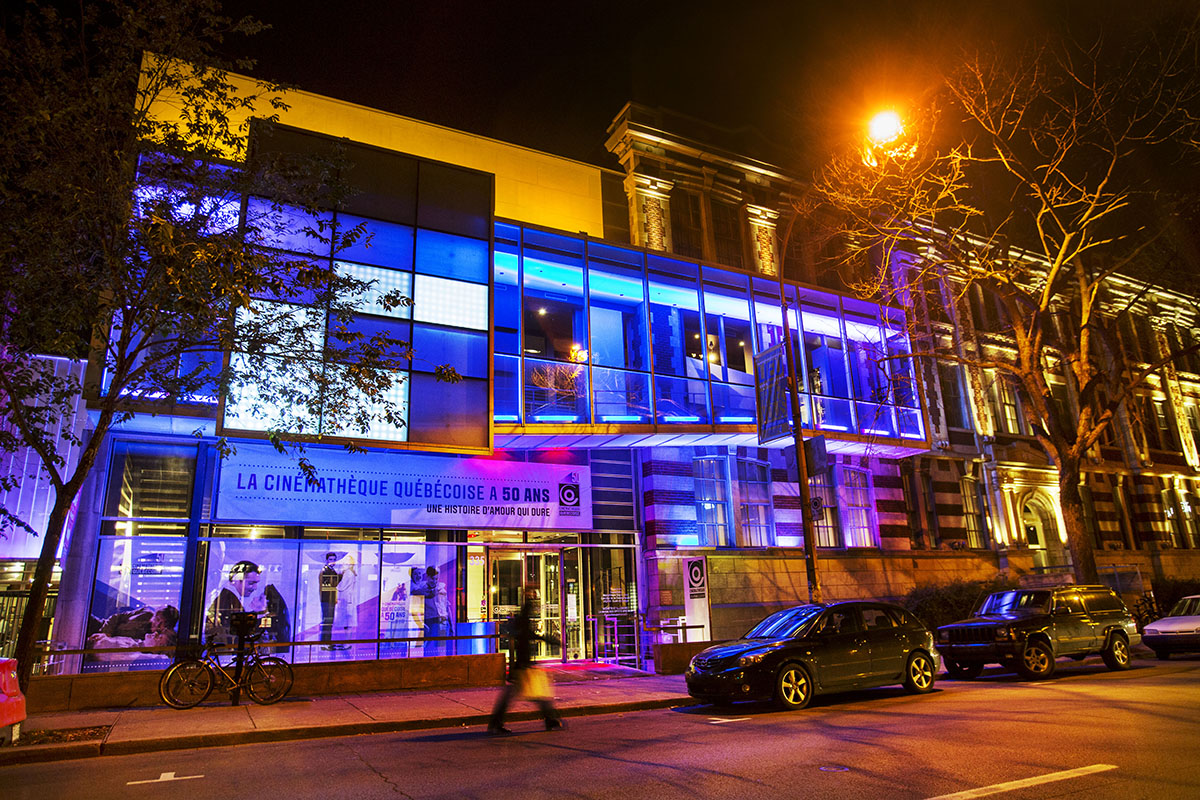 Tell us about the regular video projection programming and upcoming events.

Right now, about 30 architectural video projectors are aimed at eight façades. Because we have that permanent infrastructure, we wanted to make a set of tools available to designers and event producers. They don’t need to worry about the “hardware” so they can focus on the content.

Regular programming is presented Thursday through Sunday. A map on our website indicates the video projection sites.

In addition, there are many events that use these technical facilities. For example, the very successful opening sequence for the last Gémeaux awards ceremony; there’s also the interactive Megaphone installation, by Moment Factory, which projected words spoken into the installation on Promenade des Artistes onto the UQAM’s President Kennedy building. There’s Luminothérapie in the winter, when a single creative team creates content for most of the façades. This year, Champagne Club Sandwich produced a large-scale animated game called Trouve Bob, inspired by Where’s Waldo?

For the spring, we’re in preparations for an event that will pay tribute to a key figure in Canadian animated film. 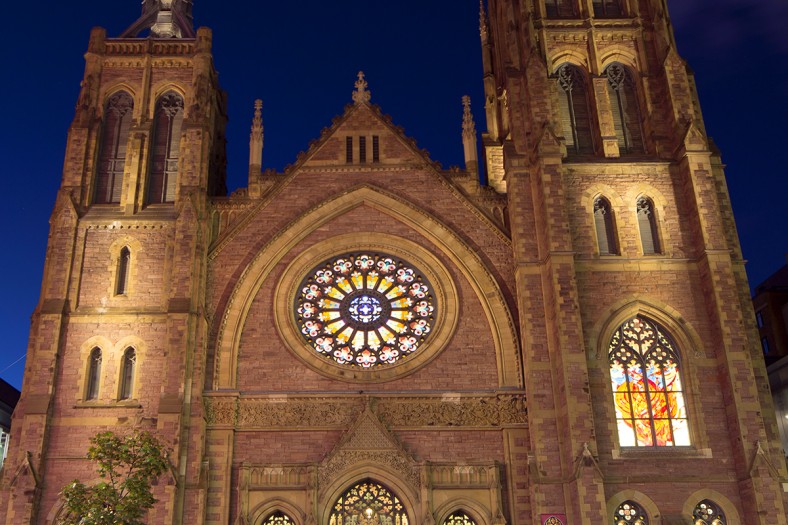 How does the Luminous Pathway help promote the Quartier and Montreal internationally?

We are a member of LUCI (Lighting Urban Community International), a network of European cities that are developing lighting plans. And in 2012, the Quartier and Mutek became the only two non-European members of the Connecting Cities network. The organization is a forum on the exhibition of digital art in public spaces. The group’s leaders were interested to learn that the Quartier has the world’s largest permanent, advertising-free video projection rig dedicated entirely to artistic content.

What image comes to mind when you think about Quartier des Spectacles?

It’s one of North America’s most important cultural hubs, with a reputation that extends far beyond the city limits.