What, exactly, is Quartier des Spectacles? Who will you find there? The Quartier des Spectacles Partnership has launched a new series of guided walking tours to answer those questions and reveal the intricacies of a district that has been Montreal’s cultural heart for more than a century. The twice-weekly tours are available in English or French and take two hours. They’re designed to give visitors an overview of the Quartier as well as some tips to help them make the most of each visit.

In this interview, the Partnership’s director of marketing and communications, Alexandra Maier, and consultant and guide Ismaël Ulvik Péladeau, talk about the program. 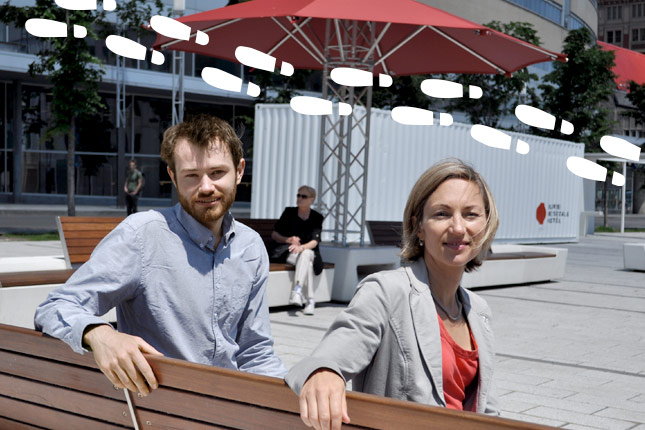 Why did you decide to offer an official guided tour of Quartier des Spectacles?

Alexandra: We wanted to equip visitors with discovery tools. Until now, there were no regular tours available. We thought that was a shame, because there are great stories to be told about the origins and past of the area, what it represents today, and what will be accomplished by 2017 so that it reaches its full potential in time for the 375th anniversary of Montreal.

The walking tour – led by a guide who knows the Quartier very well, who can explain things, put them in context and point out treasures that you can easily miss even if you spend a lot of time here – seemed to us the best way to visit the Quartier for the first time, or to learn more even if it isn’t your first time here. 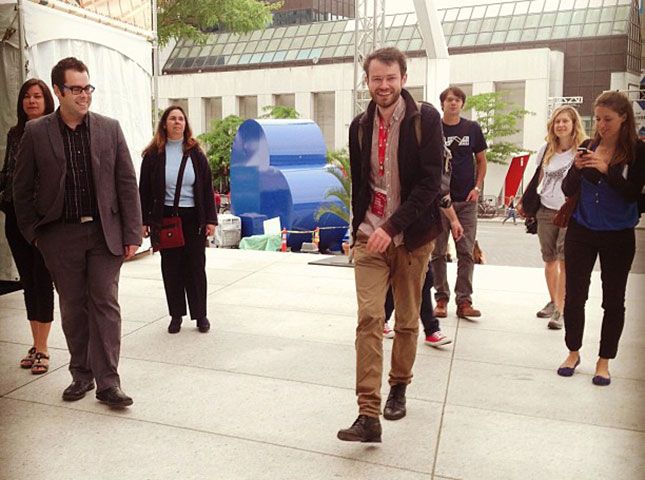 What did you especially want to highlight?

Alexandra: Not many people know it, but Quartier des Spectacles is the North American district with the highest concentration and diversity of cultural venues: in a 1 km2 area there are 80 venues, including 30 performance spaces. More than 40 festivals are held here, right downtown, and many of them include plenty of free activities, something unique to Montreal. What’s more, the general public has witnessed some major transformations in the Quartier in recent years, without necessarily having an understanding of the vision behind them. So it seemed important to us to do justice to this ambitious plan for our city. Not only is it the largest transformation of Montreal’s built environment since 1970, it is a flagship project that is contributing to the city’s vitality and creativity, helping it put its best foot forward.

Alexandra: With the imminent completion of work on the public spaces in the Place des Arts area and the announcement of a new phase of work in the Quartier Latin, it seemed like the right time to show our “baby” to the public even if it hasn’t quite finished growing up. We believe this district can be a real source of pride for Montrealers, and an inspiration for our visitors. 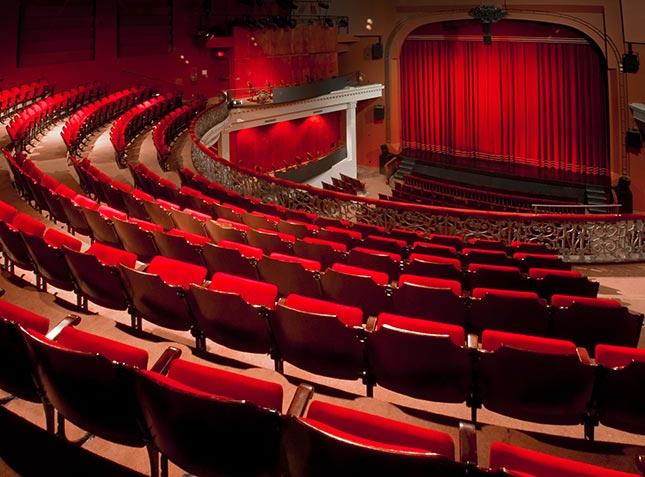 What are some of the specific things seen on the tour?

Ismaël: During the walk, which covers the Quartier from west to east, from Place des Festivals to Place Émilie-Gamelin, visitors see the different faces of the Quartier: the glitzy side around Place des Arts with its large public spaces, the many educational institutions and patios of the Quartier Latin, the intersection of the city’s two main streets – St. Catherine and St. Laurent – which is the hub for so many underground and avant-garde artistic initiatives.

Among other places we explore iconic cultural institutions such as the Monument-National, which is giving us special access to its majestic theatre. We also see the backstage at the Quartier’s massive outdoor theatre, where we see its cutting-edge equipment, and explore the Luminous Pathway, one of the Quartier’s most distinctive elements.

The walk includes plenty of stories and helps visitors better understand the factors that made this part of downtown such an important cultural hub, and also what Montreal is doing to position itself as a major cultural metropolis. The tour is very much focused on the future and the Quartier’s potential, as well as what’s happening now and the experience that awaits you here. 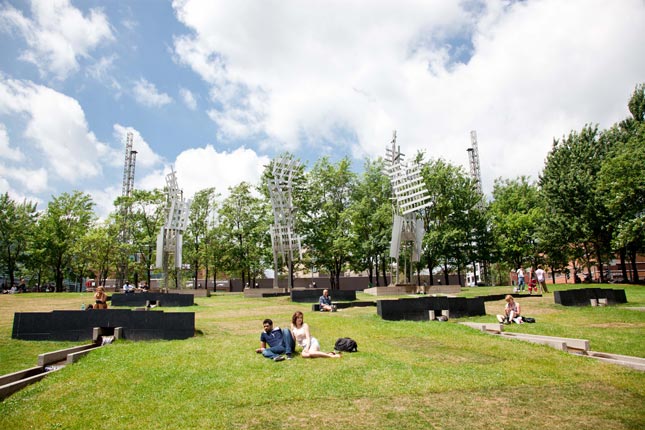 Who is the activity for?

Ismaël: Both Montrealers and visitors. A lot of Montrealers still believe the Quartier is essentially just Place des Festivals, and that’s normal because that is where the initial redevelopment efforts were focused. So the tour gives them a big-picture look at the project and helps them build a sense of belonging throughout the area. For visitors, it’s an opportunity to better understand the local population by seeing what they are doing for their city; it’s a chance for them to immerse themselves in the showcase for Montreal-based creativity. 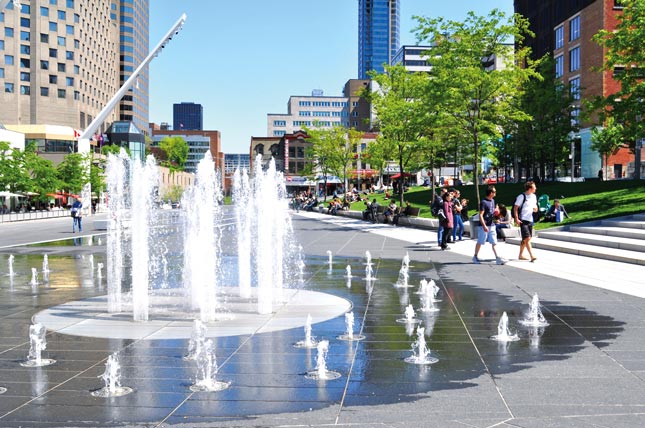 Ismaël: The avant-garde. I discovered Montreal through digital arts at the Society for Art and Technology (SAT). Since I arrived here, I’ve seen many projects come to life in this area, which I have been frequenting for a long time. For me, it’s a place for exploration.

To learn more about the official guided walking tours of Quartier des Spectacles: