The Parcodon: Feed the meter and do good

Since launching in July 2007, the Parcodon network has come a long way. Ville-Marie borough and the L'Itinéraire organization have teamed up to place a new Parcodon in the Quartier des spectacles to improve the lives of people in need.

The concept of the Parcodon is simple, but it's an original fundraising idea. A former city parking meter re-used as a donation box, each Parcodon gives citizens a chance to donate their spare change to help those in poverty -- through psychological support as well as housing and social reintegration services. Thanks to this initiative, the homeless benefit directly from the donations. 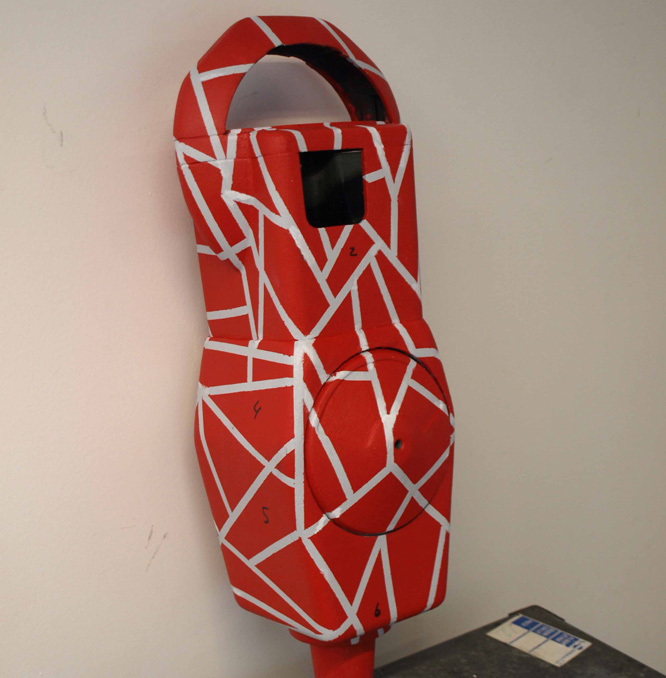 The design of the new Parcodon is very much in keeping with its neighbourhood. Covered with a mosaic and resting on a red base, the former parking meter highlights the dynamism of the neighbourhood and recalls both the logo of the Quartier and its ability to draw people together. "It was important for us that we represent the multicultural side of the Quartier des spectacles with a mosaic that reflects the diversity of Montreal. We also wanted to base our design on the sense of community that has developed in this neighbourhood, which brings together people of all backgrounds" explained Pierre Moro-Lorin, one of the developers of the design. The Parcodon also features a reflective strip that attracts the eye of pedestrians and helps draw them to donate their change.

As Pierre Moro-Lorin emphasizes, the Parcodon is an interesting initiative that reclaims public space for community purposes, but above all offers you the choice of giving back to the poorest in our society through any one of the Parcodons you might pass by. A few coins can make change.