Inanimate objects coming to life and spaces juxtaposing: a new exhibit by the french company Adrien M & Claire B presented for the first time in North America.

Phi is thrilled to present an exhibition by Claire Bardainne and Adrien Mondot, whose work subtly deals with the relationship between poetry, technology, the human body and art. Leaving its European borders, “Mirages & miracles” will be shown as a Canadian premiere in Montreal. A lyrical universe, built through augmented reality, virtual reality, holographic illusions and video-projections.

The exhibition is declined in four different series. “The Silence of Stones” is a tribute to life nestled in things seemingly lifeless, motionless, inorganic. The second part, “Illusions,” allows us to experience a set of unprecedented scenarios, blurring the boundary between animate and inanimate, real illusion and fake miracle. In “Ghost machines,” virtual reality headsets play the role of ghost-making machines. At last, “Mysteries” constitute a series of short performances for one spectator aiming to explore the contours of what constitutes life, through poetry, the power of computer science and the magic of fiction. What makes something alive? 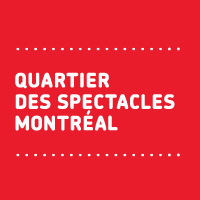